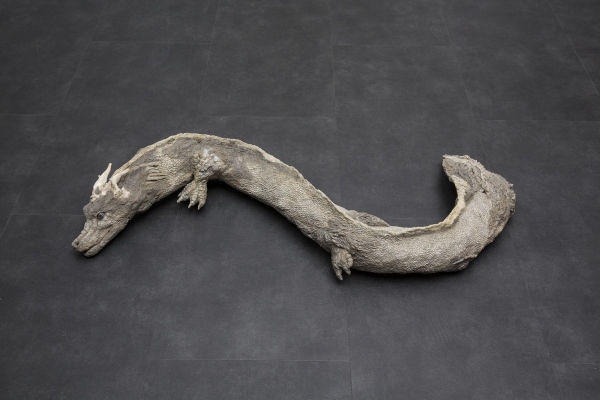 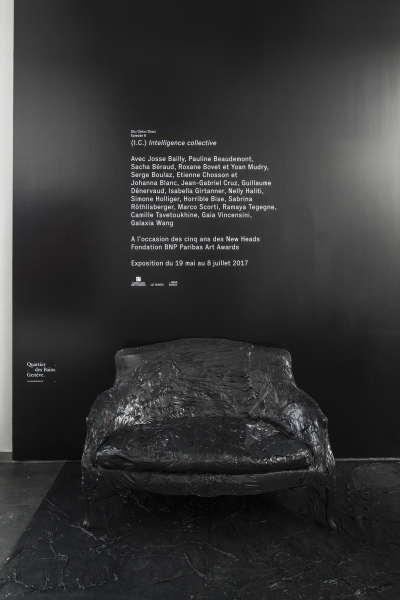 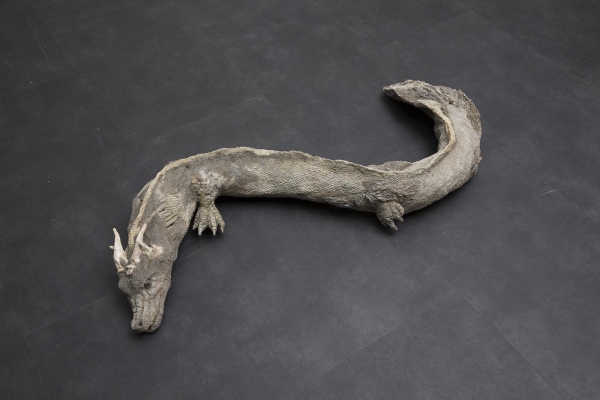 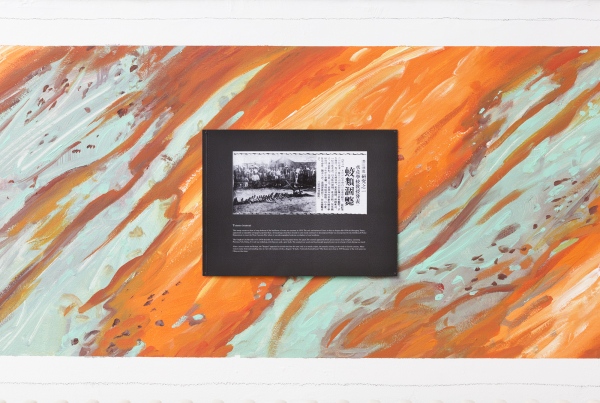 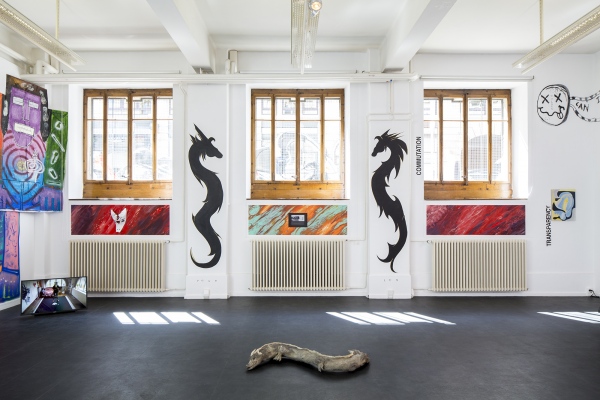 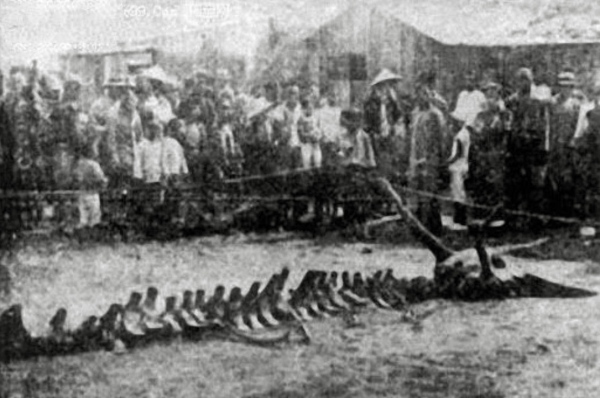 This image seems to show a long skeleton of the backbone of some sea creature in 1934. The only information I have is that on August 8th 1934 the Shengjing Times, apparently a reputable newspaper,reported that a living dragon had been found in some reeds and later its decomposed body was transported by the 6th Branch Police Department to near the West Customs Pier where it was photographed and put on display to local residents.

The Yingkou City Records vol 1 (1934) describe the monster as having spine bones 1m apart.The animal appeared 20 km up an estuary near Yingkou. Liaoning Province N.E. China. It`s tail was rolled up, with big eyes and a grey body. The animal was weak and local people poured water on it to keep it from drying too much.

After a severe storm and deluge, the "dragon" appeared a second time but this time only as a smelly corpse, the muscles rotting, at the reeds in Liaohe estuary. Many visitors came from surrounding cities to view the remains of the « dragon." It had a "curiously horned head.’’ The bones were lost in 1939 because of the civil unrest in China at that time.